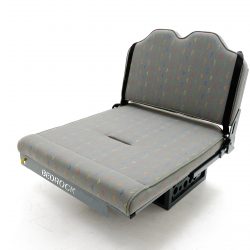 HAPPY campers are enjoying a better night’s sleep thanks to a leading Yorkshire fabricator and laser cutting specialist.

Castleford based Yorkshire Laser & Fabrication has teamed up with Vamoose Camper Conversions in Barnsley to revolutionise bed-time for camper van enthusiasts.  And the new design has been so successful it has been used in Volkswagen T4 and T5 vehicles.

Camper van beds have traditionally been a ‘rock and roll’ design but Vamoose Camper Conversions recognised there was a need for a more superior, substantial and easier to manoeuvre model, so designed their own model and approached Yorkshire Laser & Fabrication with it

“Simon Farrah from Vamoose came in with a mock up they’d put together themselves and some sketches,” explained Grant Criplewell-Smith, CAD Designer with Yorkshire Laser.

“We took photographs and measurements and worked on it from there using our CAD and CAM systems to help develop the design of the bed and produce a working prototype of what is now known as the Bedrock reclining bed.” 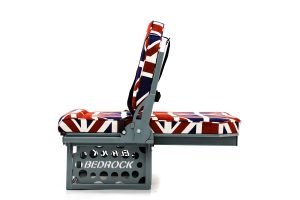 Vamoose now regularly fit the Bedrock reclining bed primarily in VW T4 and T5 vehicles and have sold hundreds of them since the product was launched in 2013. The parts for the bed are made by Yorkshire Laser and assembled by Vamoose. The beds are also sold in the UK through Nova Leisure, the country’s biggest distributor of camping parts and accessories, and are also now supplied, fully assembled, for sale in the Netherlands.

Sandra Farrah, director of Vamoose Camper Conversions, said the input they got from Yorkshire Laser Fabrication made a tremendous difference.

“Designing this was a massive undertaking but they understood what we wanted and worked with us to achieve the precision needed to make the product work. We wanted a quality product which was easy to use, offered the choice of upright, reclined or lying flat and was fully crash tested in the market. We looked at the EC directives and built the design of our bed around them, opting for a high quality sliding mechanism instead of rock and roll.”

“We have developed a good working relationship with Yorkshire Laser and continue to collaborate on modifying and improving the design of the bed producing models to fit in right hand and left hand drive vehicles plus full width and, most recently, bringing out an electric powered version for even easier operation.

“They are also producing other parts for us such as brackets for attaching a drive away awning to the side of vans and some other accessories.”